The Buccaneers and defensive end William Gholston have agreed to terms on a new contract, a source tells Adam Caplan of ESPN.com (on Twitter). It’ll be a five-year deal with a max value of $37MM, (Twitter link). That pact includes $13.5MM fully guaranteed. 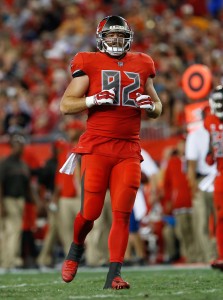 Gholston was said to be a priority free agent for the Bucs and they have managed to retain him before the legal tampering period gets underway on Tuesday. The 25-year-old (26 in July) is coming off of one of his best career seasons. In 14 games (all starts), he had 50 total tackles, 3.5 sacks, one forced fumble, and one fumble recovery. For what it’s worth, the metrics at Pro Football Focus didn’t paint Gholston in a flattering light this past year, ranking him as just the 90th best edge defender out of 109 qualified players.

The Bucs still have a number of defensive linemen set to hit the open market, including Akeem Spence, Sealver Siliga, John Hughes, and Jacquies Smith.