The Dolphins are placing two of their offseason additions on IR. Head coach Brian Flores told reporters that defensive back Jason McCourty and running back Malcolm Brown are heading to injured reserve. 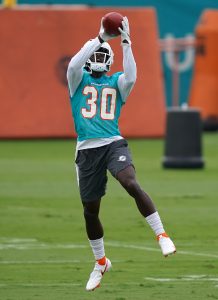 Both players were injured during yesterday’s loss to the Falcons. McCourty suffered a foot injury that could require surgery, meaning he could be out longer than three weeks. Brown suffered a quad injury that forced him to exit the game.

After spending three seasons with the Patriots, McCourty joined the Dolphins this offseason. He started the first four games for Miami, but he’s seen a reduced role in recent weeks, appearing in only 69 defensive snaps between Week 5 and Week 7 (for comparison’s sake, he saw time in 70 defensive snaps in Week 4). Through seven games, the 34-year-old has collected 21 tackles and two passes defended. The Dolphins somewhat started planning for McCourty’s absence when they signed safety Sheldrick Redwine off the Panthers’ practice squad today.

Brown joined the Dolphins this offseason after spending the first six seasons of his career with the Rams. The 28-year-old got into the first seven games for Miami (including three starts), collecting 135 yards from scrimmage and one touchdown on 36 touches. The Dolphins will continue rolling with Myles Gaskin atop the depth chart, but Salvon Ahmed could see a larger role while Brown is sidelined.

This Tuesday in the NFL will produce multiple Malcolm Brown agreements. Following the Jaguars acquiring the former Saints defensive tackle, the Dolphins will add a running back.

The Dolphins agreed to terms with the former Rams running back, Ian Rapoport of NFL.com tweets. Brown has played his entire career with the Rams, beginning that run in St. Louis and staying with the team for its first five seasons back in Los Angeles.

The Rams drafted Darrell Henderson and Cam Akers in consecutive years, minimizing Brown’s status going forward. But the soon-to-be 28-year-old back received interest and will head to south Florida. He will join a Dolphins team that has acquired a few running backs under GM Chris Grier.

Miami signed Jordan Howard and traded for Matt Breida last year. Neither move resulted in much production, and the Dolphins made seventh-round pick Myles Gaskin its primary running back. Both Howard and Breida are no longer with the Dolphins. Gaskin remains under contract, and he will have a veteran complement in Brown.

A former UDFA out of Texas, Brown has posted a 4.0 yards-per-carry average as a pro. Brown spent five seasons backing up Todd Gurley in L.A. but received more work after the Rams cut their previous starter. Brown rushed for a career-high 419 yards last season, helping the Rams transition from their Gurley era. He will now help the Dolphins assemble a backfield in Year 3 of the Grier-Brian Flores regime. 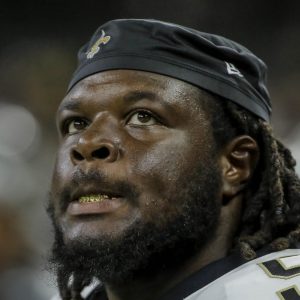 Jalen Ramsey‘s expected quick recovery from a back injury that kept him out of his final three Jaguars games appears set to commence. Sean McVay expects the recently acquired cornerback to play Sunday, per ESPN.com’s Lindsey Thiry (on Twitter). 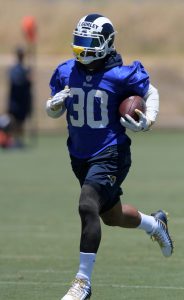 It’s not certain if Ramsey will be available for a full workload, but he’s expected to suit up against the Falcons. So is Todd Gurley, per McVay. Both have been removed from the Rams’ injury report. This represents big news for a Rams team seeking to snap a three-game skid.

The Rams send two first-round picks and a fourth-rounder to the Jaguars for Ramsey, who has not played since Week 3. But with many believing the All-Pro corner’s absence was related to his trade request, and not necessarily the back injury that cropped up, it should come as no surprise the 24-year-old standout will be available in his first Rams game.

Gurley got through a limited practice Friday. The All-Pro running back missed Week 6 because of a quad injury. Rams backup running back Malcolm Brown is doubtful to play this week, leaving Gurley and rookie Darrell Henderson in position to share time Sunday.

Malcolm Brown isn’t going anywhere. On Friday, the Rams matched the Lions’ offer sheet for the running back, as Ian Rapoport of NFL.com tweets.

Brown will earn $3.3MM in base salary across his two-year deal. The pact includes $2.1MM in “practical guarantees” between his $1MM base salary and $1.1MM roster bonus, which will be paid on April 15.

Brown ended the 2018 season on injured reserve, but the Rams believe in his potential after he averaged 4.9 yards per carry. He obviously won’t start with Todd Gurley in front of him, but the Rams can use the insurance given Gurley’s ongoing knee trouble.

A 2015 UDFA, Brown has been with the Rams his entire career. Unfortunately, a clavicle injury that prevented him from playing in the team’s three playoff games. C.J. Anderson had a nice run upon joining the Rams, but Brown is now primed to resume his role as Gurley’s understudy.

Meanwhile, the Lions will have to look elsewhere for backup RB help. They’ve re-signed Zach Zenner and they still have pass-catching specialist Theo Riddick, but it sounds like they want a strong traditional runner behind star Kerryon Johnson.

Rams reserve running back Malcolm Brown agreed to the terms of an offer sheet with the Lions, Field Yates of ESPN.com reports (on Twitter). The Rams have until Monday to match it and retain Brown.

The Lions’ offer sheet is worth $3.25MM over two years, with $1MM guaranteed and a $100K signing bonus, Albert Breer of SI.com tweets.

A 2015 UDFA, Brown has been with the Rams his entire career. However, the restricted free agent visited the Lions last week. Since Los Angeles placed an original-round tender on the back, Detroit will not need to surrender any draft compensation in order to pry Brown away.

Brown suffered a clavicle injury that prevented him from playing in the team’s three playoff games. The Rams then signed C.J. Anderson, and the well-traveled-in-2018 back thrived behind Todd Gurley. Anderson remains a free agent, but given his quick assimilation in Sean McVay‘s offense, he would be a candidate to return and back up Gurley — especially given the injury-related uncertainty surrounding the starter. The Rams also have 2018 sixth-round pick John Kelly on their roster, so this process may end up with Brown in Detroit.

The Lions re-signed Zach Zenner and still have Theo Riddick, but Brown may profile as a better run-downs backup for Kerryon Johnson.

Brown, 25, averaged 4.9 yards per carry last season. He received 63 and 43 carries, respectively, the past two seasons, playing behind a first-team All-Pro. With Johnson coming off a rookie season limited to 10 games, it would stand to reason Brown would receive more work in Detroit.

The Lions are hosting a pair of offensive players on visits. Ben Volin of the Boston Globe reports (via Twitter) that wideout/returner Tommylee Lewis and running back Malcolm Brown will be visiting Detroit.

Brown was tendered by the Rams earlier this week. As a former undrafted free agent, the Lions wouldn’t be required to give up any compensation for signing the running back. The 25-year-old has spent his entire four-year career with the Rams organization, and he’s spent the better part of the past two seasons serving as the top backup to Todd Gurley. In 2018, Brown ran for 212 yards on 43 carries, good for a career-high 4.9-yard average. His season ended on the injured reserve, leading to the team’s signing of veteran C.J. Anderson.

In Detroit, Brown would likely slide into a depth chart that’s currently led by Kerryon Johnson, Theo Riddick, and Zach Zenner. The team has also added a pair of running backs in Kerwynn Williams and Mark Thompson.

Lewis was non-tendered by the Saints the other day. The 26-year-old does have 20 career receptions, but he’s spent the majority of his three-year career on special teams. Lewis averaged 22 yards on kick returns and 9.3 yards on punt returns during his stint in New Orleans. The Lions recently added one potential returner in Danny Amendola, and they’re also rostering Jamal Agnew, who had 40 combined returns for Detroit in 2018.