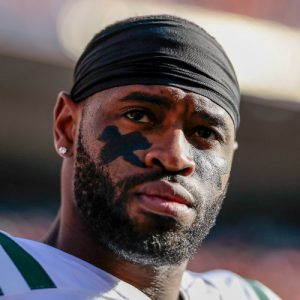 The Jets will not exercise Terrence Brooks‘ option for the 2019 season, according to Mike Florio of PFT (on Twitter). With that, the safety will become a free agent on March 13.

Brooks came to the Jets before the 2017 season in a trade with the Eagles that saw cornerback Dexter McDougle to go Philly. Since then, Brooks has been a special teams staple for Gang Green. Last year, Brooks appeared in a team-high 79% of the Jets’ special teams plays while appearing in just 6% of the defensive snaps.

This was, for the most part, a season to forget for the Jets, but their special teams unit was solid throughout the year. Brooks profiled as someone who would probably return in 2019, but his $2.1MM cap hit was probably a bit too high for the Jets.

The Jets have a golden opportunity to right the ship in March. Even before dropping Brooks, the Jets were projected to have upwards of $100MM to spend in free agency.

Safety Terrence Brooks safety is re-signing a two-year deal with the Jets, Adam Schefter of ESPN.com tweets. The Jets acquired Brooks from the Eagles just prior to last season in exchange for cornerback Dexter McDougle.

Brooks played in 15 games during his first season with the Jets, starting one, and will supply depth behind second-year starters Jamal Adams and Marcus Maye.

A former third-round Ravens pick in 2014, Brooks was primarily used on special teams last season. However, he did notch two interceptions.

The Eagles have traded safety Terrence Brooks to the Jets in exchange for cornerback Dexter McDougle, Philadelphia announced today. 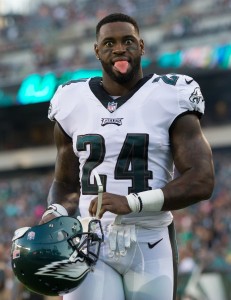 Brooks, a third-round selection in 2014, will now join the third team of his NFL career (the 26-year-old began his pro tenure in Baltimore before the Eagles claimed him off waivers prior to the 2016 season). Last year, Brooks appeared in 11 games but rarely played on the defensive side of the ball — while he managed only three snaps on defense, Brooks saw action on more than a third of the Eagles’ special teams plays.

Philadelphia didn’t have a need for Brooks, tweets Adam Caplan of ESPN.com, who notes the Florida State product was unlikely to crack the Eagles’ roster. The Jets, on the other hand, could use a third safety behind rookie starters Jamal Adams and Marcus Maye, per Adam Schefter of ESPN.com (Twitter link). New York’s other defense backs include Rontez Miles, Shamarko Thomas, Ronald Martin, and Robenson Therezie.

McDougle’s chances to earn a spot on Philadelphia’s roster are a bit less clear, as the Eagles now have a decent stable of cornerbacks following the trade that netted them Ronald Darby from the Bills in exchange for Jordan Matthews and a draft choice. After Darby, the Eagles boast Jalen Mills, Ron Brooks, Rasul Douglas, Patrick Robinson, and others, including second-round pick Sidney Jones, who may begin the season on the non-football injury list.

If he does make the Eagles’ squad, McDougle will likely play mostly on special teams. Like Brooks, McDougle was a third-round pick in 2014 — in fact, he was chosen just one selection after Brooks (80th overall). He’s mostly been injured during his three-year stay in New York, as he’s only appeared in 20 total games since 2014.

TUESDAY, 1:40pm: The Ravens have officially placed Jackson on their injured reserve list, along with fellow defensive back Terrence Brooks, tweets Aaron Wilson of the Baltimore Sun. The team promoted offensive lineman Ryan Jensen from their practice squad, so there should be on open spot left on the 53-man roster.

MONDAY, 3:29pm: The Ravens’ secondary took yet another hit this weekend, as head coach John Harbaugh announced today that cornerback Asa Jackson will miss the rest of the season with a knee injury (Twitter link via Jamison Hensley of ESPN.com). According to Jeff Zrebiec of the Baltimore Sun (Twitter link), Jackson suffered a PCL injury with a five-week recovery period, so Baltimore will bring in a healthy replacement as the team pushes for a playoff berth.

It’s the second major injury of the season for Jackson, who was placed on IR once already this year, with the designation to return, due to a foot issue. For the Ravens, it’s just the latest in a string of season-ending injuries for defensive backs. Jimmy Smith, Danny Gorrer, Aaron Ross, and Tramain Jacobs are among the one-time members of the team’s secondary that currently find themselves on the injured reserve list.

With Jackson heading to IR, the Ravens will be on the lookout for cornerback help, Harbaugh said today (Twitter link via Aaron Wilson of the Baltimore Sun). The club doesn’t currently have a defensive back on its practice squad, so signing a free agent – or poaching a corner from another team’s taxi squad – looks like the next move.