Two of the Saints’ most notable Saturday cuts will stay with the team. Both Anthony Chickillo and Margus Hunt opted to stay with New Orleans, joining the practice squad Sunday.

The Saints signed Chickillo, a five-year Steelers linebacker, and Hunt — a former first-round defensive lineman whom the Colts cut earlier this year — earlier this year. Each will represent a veteran slot on the Saints’ P-squad.

Teams are permitted, thanks to the COVID-19-altered rules, to carry six veterans of unlimited service time on their taxi squads this year. Here is New Orleans’ full squad:

The Saints are adding Margus Hunt to their defensive line group. The team announced a deal with the recent Colts starter on Friday. 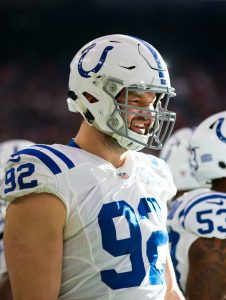 Hunt played the past three seasons with the Colts, starting 15 games for them in 2018 and earning a contract extension. However, after benching the defensive tackle in 2019, the Colts cut bait earlier this year.

While Hunt struggled in 2019, Pro Football Focus graded him as a top-40 defensive tackle in 2017 and placed him 51st a year later. The SMU product remains Division I-FBS’ career leader in blocked field goals with 10, owing this skill to a 6-foot-8 frame.

With the Saints, he profiles as a depth piece who will not be guaranteed a roster spot. New Orleans now has three former first-round defensive tackles on its depth chart, with Hunt joining Sheldon Rankins and Malcom Brown. The team recently extended David Onyemata on a lucrative deal as well. Former Raiders second-rounder Mario Edwards is also part of this high-profile interior defender contingent.

Margus Hunt‘s 2019 extension will only end up lasting one season. The Colts are releasing the veteran defensive lineman, according to Ian Rapoport of NFL.com (via Twitter). 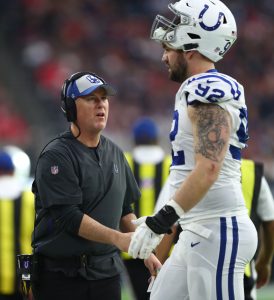 Hunt has worked as a starter with Indianapolis over the past three seasons. He signed a two-year deal last March. The Colts helped the former first-round pick revive his career, after the Estonian talent sputtered with the Bengals.

This move will save the Colts $4MM, though it’s not like the team is in need of cap space. Indianapolis will again enter free agency loaded with offseason funds. The team is set to hold nearly $70MM in space. That figure is a tad down from the $100MM-plus mark of 2019, but the Colts have not been known as big spenders under current GM Chris Ballard.

Despite Hunt being a 2013 draftee, he is already 32 years old. After two productive seasons, he struggled in 2019. Pro Football Focus graded him outside the top 100 interior defenders last season.