The Saints have re-signed running back Dwayne Washington, according to Field Yates of ESPN.com (on Twitter). Terms of the deal have not been disclosed. 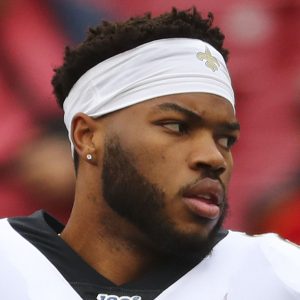 Washington, 27, entered the league as a seventh round pick of the Lions in 2016. When he was pushed off of the roster by the Lions’ crowded running back depth chart in 2018, he joined up with the Saints’ practice squad. For the last three years, he’s served as a backup and special teams player in New Orleans. Now, he’s back for No. 4 to support Alvin Kamara and Latavius Murray alongside the recently re-signed Ty Montgomery.

Washington finished the regular season on a strong note, notching 108 rushing yards in Week 17. All in all, he finished out with 229 yards off of 43 carries.

The Saints are promoting running back Dwayne Washington from their practice squad, according to Ian Rapoport of NFL.com (Twitter link). 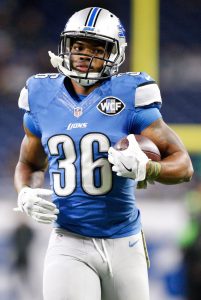 New Orleans won’t see Mark Ingram return from suspension until Week 5, and the club is still searching for a viable backup to lighten the load on starter Alvin Kamara. Through three games, Kamara has handled 81% of the Saints’ running back snaps and 79% of the club’s running back touches. Reserves Mike Gillislee and Jonathan Williams haven’t contributed much, and one could conceivably be cut in order to create a roster spot for Washington.

Washington, 24, was selected by the Lions in the seventh round of the 2016 draft. After appearing in 12 games and toting the ball 90 times (for an unappealing 2.9 yards per carry) during his rookie campaign, Washington’s playing time dropped precipitously in 2017, when he managed only 20 carries in five games. He was released during final cutdowns earlier this month, pushed off Detroit’s roster by the club’s crowded running back depth chart.

Even if Washington doesn’t see much work behind Kamara, he could still help on special teams, as he handled two kickoff returns in each of his two seasons with the Lions. However, the Saints re-signed wideout Brandon Tate earlier this week, and he figures to take on return duties for New Orleans.

After drafting Kerryon Johnson in the second round and signing LeGarrette Blount in free agency, the Lions suddenly have a crowded running backs room. In addition to Johnson and Blount, the team also has Ameer Abdullah, Theo Riddick, Dwayne Washington, and Zach Zenner on the team. At this point, Johnson, Blount, and Riddick are the locks to make t he team, while Abdullah, Washington, and Zenner are on the roster bubble, according to Tim Twentyman of Detroitlions.com.

Twentyman thinks the three on the bubble will be fighting it out for just one spot on the team. As of now he seems to think that Abdullah has the edge. The team can save $1MM in cap space by cutting Abdullah. Abdullah has been a disappointment since entering the league with a lot of hype as a second round pick back in 2015. Entering the final year of his rookie deal, even if he does make the roster this fall, 2018 should be his last season in Detroit. Washington and Zenner have both been hanging around the bottom of the Lions’ roster the past couple of years, and it looks like it could be the end of the road for them.

Well-traveled backup quarterback Dan Orlovsky re-signed with the Lions this offseason after spending 2015 as the team’s No. 2 signal-caller behind Matthew Stafford. However, the Lions drafted Michigan’s Jake Rudock in the sixth round of this year’s draft–the first time Detroit has drafted a QB since selecting Stafford himself in 2009–and that selection immediately put Orlovsky’s job in jeopardy. After all, new GM Bob Quinn was raised in a Patriots system that typically keeps just two quarterbacks, and rarely has the backup been a veteran.

But Dave Birkett of The Detroit Free Press writes that both head coach Jim Caldwell and OC Jim Bob Cooter sang Orlovsky’s praises after the conclusion of OTAs on Thursday, and as Rudock is a fairly raw prospect, the Lions may wind up keeping three quarterbacks in 2016, or even trying to stash Rudock on the practice squad. In any event, it is far too early to count Orlovsky out of the picture.

Now for more from the Motor City: