The Browns became the second team to move their roster down to the required 53-man max. They began paring their roster to the regular-season limit Monday. While waiver claims could change the equation, here are the cuts Cleveland made to reach 53 Tuesday:

Absent from these cuts are two defensive line reclamation projects. Both Takk McKinley and Malik McDowell have made the team. The latter’s journey back represents the latest step in a long road. McDowell saw an ATV accident during his first NFL offseason sidetrack his career. Prison time followed for a DUI arrest from 2019. The No. 35 overall pick in 2017, McDowell has never played a regular-season game. McKinley bounced around last year, being jettisoned from the Falcons, Bengals and 49ers. The former first-round pick later landed on the Raiders’ IR list but caught on with the Browns this year.

Hodge should be expected to stay in Cleveland via the practice squad, but the Browns have a deep receiver group. A Browns backup wideout in 2019 and ’20, Hodge has 15 catches for 256 yards as a member of the team. The Browns added Lee last year, using him in eight games as a backup and special-teamer. He is a vested veteran and will avoid waivers. All eight members of the Browns’ 2021 draft class made the roster. 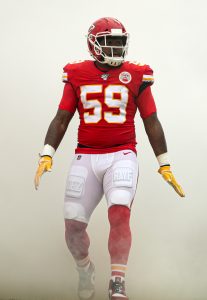