Steelers In No Rush To Add OLB Depth

With T.J. Watt and Alex Highsmith, the Steelers boast perhaps the best outside linebacker tandem in football. Behind those two, however, the picture is less rosy, as Cassius Marsh and Quincy Roche reside as the top backups. 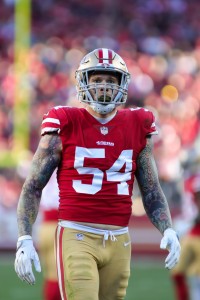 Earlier this year, defensive coordinator Keith Butler made it sound as if Pittsburgh would make an addition to that group, as Mark Kaboly of The Athletic observes. Now, however, the team appears to be taking more of a wait-and-see approach.

“We will see as we go along in training camp and go through the preseason,” Butler said last week. “We are looking for a third guy [behind Watt and Highsmith] right now who is going to step up. … We will see how it goes as we go along. Hopefully, we can stay healthy at that position.”

The Steelers inside linebacking corps was hit hard by injury in 2020, and head coach Mike Tomlin conceded that he is worried about attrition. However, like Butler, he seems content with how his OLB depth chart looks at the moment.

“I am comfortable with who we have working there right now,” Tomlin said. “We are going to coach those guys up and hope that attrition doesn’t set in.”

Marsh, a fourth-round pick of the Seahawks in 2014, has bounced around the league quite a bit. In addition to the ‘Hawks, he has suited up for the Patriots, 49ers, Cardinals, Colts, Jaguars, and Steelers. He joined Pittsburgh last December and ultimately played in one game before landing on the COVID-19 list. He has been a useful rotational piece at times, and his most consistent action came back in 2018, when he was on the field for over half of San Francisco’s defensive snaps and posted 5.5 sacks. He is also capable of lining up as a defensive end.

Kaboly says Marsh is the most likely player currently on the roster to become the “swing” OLB that the Steelers like to deploy when one of the starters needs a breather. Roche, a sixth-round rookie, is raw and will need a fair amount of work before Pittsburgh can count on him to be a reliable contributor.

If neither Marsh nor Roche performs well in training camp and the preseason, the Steelers could turn back to the free agent market. Earlier tonight, we took a look at the top pass rushers who remain unsigned, and other players could of course become available via cut or trade.

The Jaguars have released linebacker Cassius Marsh, per a club announcement. Marsh was effectively squeezed out of Jacksonville on Wednesday, when the Jags acquired linebacker Kamalei Correa from the Titans. 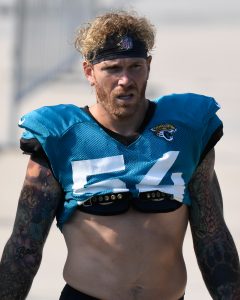 Marsh, 28, appeared in 84 total games from 2014-2019 since being selected by the Seahawks in the fourth round. Capable of playing a hybrid defensive end/linebacker role, Marsh spent 2019 in Arizona, where he posted 2.5 sacks and five quarterback hits on 428 snaps.

The Jaguars inked him to a one-year deal with a modest guarantee of $600K back in March. He didn’t get a chance to make much of an impact with the Jaguars this year, tallying nine total stops in four games. Marsh’s most notable work came in 2018, when he amassed 5.5 sacks for the 49ers. He also saw action on roughly 50% of the Niners’ special teams plays that year and he’s approached the 80% ST threshold in prior seasons.

As a vested veteran, Marsh is now free to sign with any NFL team.

The Jaguars have reached a one-year, $2.75MM deal with free agent defensive tackle Al Woods, according to Tom Pelissero of NFL.com (Twitter link), who adds Woods will earn $1MM guaranteed. Jacksonville has also agreed to terms on a one-year deal with defensive end/linebacker Cassius Marsh, tweets Mark Long of the Associated Press. Marsh receives $600K guaranteed, per Pelissero (on Twitter).

Woods, who turns 33 years old later this week, posted one of the best seasons of his 10-year career with the Seahawks in 2019. The veteran appeared in 14 games and made five starts while playing the second-most defensive snaps (450) of his NFL tenure. Woods was especially proficient at stymying opposing run games, as Pro Football Focus ranked him 12th among interior defenders in run defense grade.

Jacksonville is in need of big bodies in the middle of its defensive line. Not only did the club finish 27th in Football Outsiders‘ adjusted line yards, but it parted ways with the 6’3″, 330-pound Marcell Dareus this offseason. Woods, who’s even larger at 6’4″ and 330 pounds, should help fill that void.

Marsh, 27, has appeared in 84 total games since being selected by the Seahawks in the fourth round of the 2014 draft. Capable of playing a hybrid DE/LB role, Marsh spent 2019 in Arizona, where he posted 2.5 sacks and five quarterback hits on 428 snaps.