The Giants claiming Ryquell Armstead will result in the team moving veteran Joe Webb off its roster. The Giants released the quarterback/wide receiver/special-teamer Tuesday. 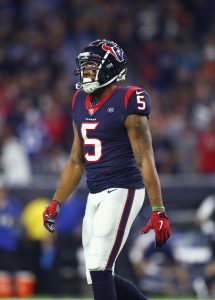 An 11-year veteran, Webb caught on with the Giants late last season. The team then signed him to a reserve/futures contract in January. Webb, however, will return to free agency.

Webb, 34, has been one of the NFL’s more versatile players during his career. He started a playoff game at quarterback — a Vikings first-round loss to the Packers — and has seen action at receiver and extensive work on special teams. The Giants signed Webb after Daniel Jones went down with an injury last year. He played in two games with the team, seeing brief time on special teams.

The Lions parted ways with Webb during the 2020 season, doing so after the Texans cut him loose earlier last year. Webb has played 104 regular-season games — with the Vikings, Panthers, Bills, Texans and Giants — over the course of his career.

The Eagles did not hire an offensive coordinator this offseason, though former OC Marty Mornhinweg is on Philadelphia’s staff. Doug Pederson may be amendable to adding one in 2021. The Eagles HC said he is open to giving up play-calling responsibilities. However, nothing is imminent on a play-caller change this season, Tim McManus of ESPN.com notes. Although the Eagles have seen several of their skill-position players return to action, they used their 10th offensive line configuration to open Monday night’s game. Nothing has worked particularly well for Philly as of late; the Eagles rank 28th in total offense. These issues have upset owner Jeffrey Lurie, whom McManus adds skipped the Eagles’ Week 11 game in Cleveland out of frustration. The Eagles lost their weeks-long NFC East lead Monday night and sit 3-7-1.

The Texans are re-signing quarterback/special teamer Joe Webb, as Ian Rapoport of NFL.com tweets. He’ll return to the club on a one-year deal worth $1MM. 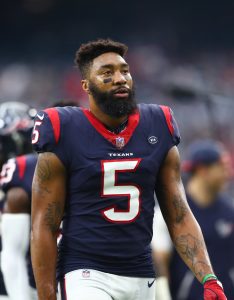 Webb’s status for 2019 was up in the air after the Texans made plans to add A.J. McCarron as Deshaun Watson‘s backup. Instead, it appears that veteran Brandon Weeden is on the outs.

Webb’s unique skill set has kept him in the league for a long while and 2019 will be his tenth year in the NFL. Before joining the Texans last year, Webb spent four years with the Vikings, three years with the Panthers, and one year with the Bills.