Chris Covington is getting another chance on the Cowboys active roster. Michael Gehlken of the Dallas Morning News reports (via Twitter) that the linebacker has been promoted from the practice squad. Offensive tackle Caleb Benenoch was waived in a corresponding roster move.

The 2018 sixth-round pick has spent his entire career with the Cowboys organization. He appeared in five games as a rookie, compiling one tackle. Otherwise, he was inactive for Dallas’s other 11 contests.

Covington had a standout game in the Cowboys’ preseason opener, finishing with six tackles. However, he was waived by the Cowboys at the end of August, and he subsequently caught on with their practice squad. He had a brief stint on the active roster back in September.

As Gehlken notes, Sean Lee is questionable for Sunday’s game against the Rams. The linebacker missed an entire week of practice as he recovers from a thigh and pectoral issue. If Lee is forced out of the lineup, then Gehlken opines that undrafted rookie Luke Gifford would earn the majority of snaps at Sam linebacker. Covington would most likely be on the roster for emergency depth. 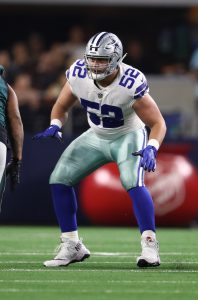 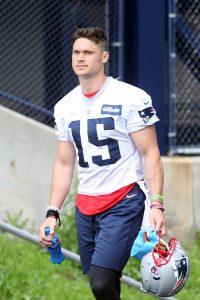 Hogan, 31, landed with the Panthers during the offseason after spending the previous three seasons with the Patriots. A deep-ball threat who led the NFL in yards per reception in 2016, Hogan wasn’t a large part of Carolina’s offense through four games, as he’d received only five targets while working behind D.J. Moore, Curtis Samuel, and Jarius Wright. Per the Panthers, Hogan — who is dealing with a knee injury — has a chance to return later this year.

Benenoch will join his third team of 2019 after previously being waived by the Buccaneers and Patriots. He’ll give Carolina offensive line depth while Greg Little is in the NFL’s concussion protocol. Benenoch started all 16 games at right guard for Tampa Bay in 2018.

The Patriots are waiving offensive lineman Caleb Benenoch, a source tells Mike Garafolo of NFL.com (on Twitter). Garafolo notes that Benenoch worked out for three clubs before signing with the Pats, so he might not be out of work for long. 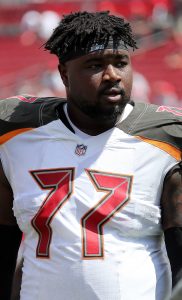 Reportedly, there were nine NFL teams requesting workouts with Benenoch before he hooked on with the Patriots in mid-September. Plenty of teams need offensive line help, but they might have to get in line – and sweeten the pot – to bring the longtime Bucs lineman into the kitchen.

Benenoch started every game of the 2018 season at right guard for the Bucs and also offers experience at tackle. And, he’s not necessarily a world-beater, but he does have 35 appearances to his credit (22 starts) with decent size at 6’5″ and 305 pounds.

In other New England news, former Patriots wide receiver Antonio Brown is set to file up to nine appeals relating to contractual matters. That’s one grievance for every team that Benenoch drew interest from earlier this year.

The Patriots could really use the help. They were without right tackle Marcus Cannon for Sunday’s win over the Dolphins and, during the game, Isaiah Wynn exited with a toe injury. They’re still awaiting word on the status of both linemen, but they’re unlikely to be at full strength up front for Week 3 against the Jets. (Then again, do they need to be anywhere near full strength to face the Jets?)

Benenoch started every game of the 2018 season at right guard for the Bucs last season but also boasts experience on the outside. There apparently wasn’t a place for him on the Bucs, but the Pats are happy to bring him on board for reinforcement.

The Patriots have made several transactions on their offensive line over the past two weeks, and they continue to explore help on this front. They visited with recently waived guard Caleb Benenoch on Thursday, according to Tom Pelissero of NFL.com (on Twitter).

Benenoch was a 16-game Buccaneers starter at right guard last season, and he played in Tampa Bay’s Week 1 game. But the Bucs waived him Monday, and no one submitted a claim. The Bucs drafted Benenoch in the 2016 fifth round.