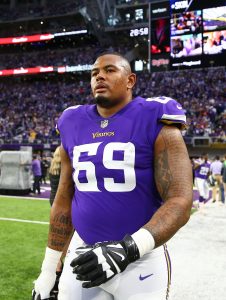 The Vikings will be without their starting right tackle when they go to Washington on Sunday. Mike Remmers has started all year long at the position, but will be unable to play because of a concussion he suffered during the team’s game two weeks ago, according to Andrew Krammer of the Star Tribune. Backup tackle Rashod Hill will make his first start of his NFL career in the veteran’s place. Hill, 25, has played in 147 snaps, but seems comfortable with his new role given that he’s had a full week of practice to prepare.

“Oh yeah, it helps me a lot, man,” Hill said of practicing at right tackle all week. “Because unfortunately, when we were in London and Mike went down, I had been playing left [tackle] all week. So getting a full week down means getting a better feel for the plays.”

Hill is still in a difficult spot given that Remmers ranks as the 12th best tackle in all of football, according to Pro Football Focus. 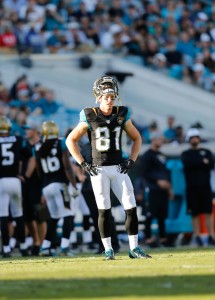