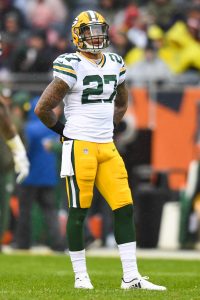 The NC State product was selected by the Packers late in the second round of the 2017 draft, but he struggled to establish himself in Green Bay. Jones started 12 of his 29 regular-season appearances, compiling 126 tackles, three sacks, and seven passes defended. Pro Football Focus ultimately ranked him 70th among 93 eligible safeties last season.

He was waived with a non-football illness designation in late August, and he’s been busy with workouts over the past few weeks. The 24-year-old has had reported auditions with the Bills, Vikings and Lions.