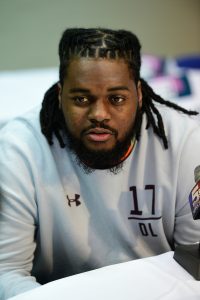 The Vikings selected Watts out of Arkansas with a sixth-round pick in the 2019 draft. Watts did not play in the first half of the season, but he suited up for six of the team’s final seven games. In those games, he tallied 1.5 sacks.

Yarbrough appeared in 31 games for the Bills in 2017 and 2018, including six starts. This year, he missed the team’s final cut, but he hooked on with their practice squad. All of a sudden, Yarbrough has a chance at a Super Bowl ring.

The Vikings will face the Saints on Saturday in New Orleans. The secondary will have its work cut out for them as they try to keep a lid on Michael Thomas, so the Vikes are hoping for some pass rush pressure against Drew Brees.