Ahead of their most difficult assignment annually, the Broncos will be down their best-performing cornerback. The Broncos will travel to Kansas City and face at least their next three opponents without Bryce Callahan. 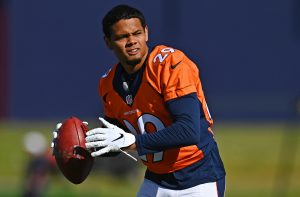 They are placing Callahan on IR, Nick Kosmider of The Athletic tweets. But the team will reunite with Will Parks. The four-year Bronco contributor will return to Denver via waiver claim, per KOA’s Benjamin Allbright (on Twitter). The Eagles waived Parks this week.

Callahan has run into more foot trouble. The standout defender injured the same foot that kept him out of action all last season, and Vic Fangio said a multi-week absence was on tap. Callahan exited Week 12 as Pro Football Focus’ No. 2 overall cornerback, belatedly justifying the Broncos’ three-year, $21MM investment. He initially injured the foot in December 2018 while playing for Fangio in Chicago.

This is certainly cause for concern for the sixth-year cover man. And it deals a Broncos defense that has been without Von Miller and its entire D-line a major blow going into the team’s biannual Chiefs contest. The Broncos have not beaten the Chiefs since 2015.

Parks opted to play for his hometown Eagles this offseason, agreeing to a one-year deal. The Broncos originally drafted him in the 2016 seventh round, four rounds after their Justin Simmons pick. Given Parks’ familiarity with Fangio’s system, the Broncos should be able to plug him into myriad roles on defense. Parks previously served as a utility man of sorts in Denver, operating as a backup safety, in the slot and as a coverage linebacker in sub-packages. Due to COVID-19 protocols, Parks will not be eligible to play with the Broncos again until Week 14.

We’ve got a batch of next-morning injury updates to pass along. Starting in Denver, where Broncos cornerback Bryce Callahan went down with a foot injury. Unfortunately, that injury will sideline him for a “significant” amount of time, head coach Vic Fangio said Monday, via Mike Klis of Denver 9 News (Twitter link). Fangio said it was too early to tell if it would knock him out for the rest of the season, but that certainly sounds possible.

It’s a big blow for a Broncos team that has already been besieged by injuries. Callahan is an every down guy and one of their best players on defense. He’s in the second year of a three-year, $21MM deal he signed in March of 2019. He missed all of last season with a foot injury, although this new issue thankfully appears to be unrelated.

Here are some more health updates from around the league:

“He has to handle his contract,” Williams said, via the New York Daily News’ Manish Mehta. “He’ll do all that kind of stuff. … I’m hoping everything goes well. I love coaching him. And I got his back.

The second-year Jets defensive boss added that he wants Adams to “feel good about being here.” Given the events of the past eight months, that will take some doing. Here is the latest from the AFC:

Bryce Callahan has not played in a game since early December 2018. The Broncos cornerback is tentatively on track to finally return to action, however. 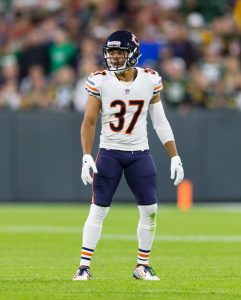 This would be big news for a Broncos team that has fully moved on from its accomplished No Fly Zone secondaries. Denver allowed All-Decade corner Chris Harris to walk in free agency and will count on Callahan and trade acquisition A.J. Bouye to lead their new-look group at the position.

The Broncos signed Callahan to a three-year, $21MM deal in March 2019. He aggravated the foot he broke in his final days with the Bears at multiple junctures last year, however, going down in training camp and then experiencing more pain after practicing on it last November. The Broncos placed him on IR shortly after the latter aggravation, and he underwent a second foot surgery. Callahan’s absence limited the team in coverage last season.

Prior to his foot trouble, the former UDFA became one of the league’s better slot corners while working under Donnatel and Vic Fangio in Chicago. Although the Broncos traded for Bouye, the rest of their corner group remains uncertain. They used a third-round pick on Iowa corner Michael Ojemudia, but the team has seen multiple third-round corners — Brendan Langley (2017) and Isaac Yiadom (’18) — fail to impress as pros. Callahan, now 28, enduring another setback would likely force the team to survey the cornerback market.

The Broncos and cornerback Bryce Callahan have agreed to a paycut/restructure, per Tom Pelissero of the NFL Network (via Twitter). Callahan is now scheduled to earn $5MM in 2020 and can earn another $2MM in playing time incentives. The move will free up $1.8MM in cap space for 2020.

Denver signed Callahan last March with the hope that his strong play as a slot CB with the Bears would carry over to Mile High. But Callahan suffered a broken foot towards the end of his tenure in Chicago, and he re-aggravated the injury during his first training camp with the Broncos. He ultimately underwent stem cell treatment on the foot and missed the entire 2019 campaign.

Still, the Broncos will likely be relying on Callahan to start in 2020. The club traded for A.J. Bouye earlier this month but saw Chris Harris depart in free agency, so Callahan will be a key part of a remade secondary. Denver is also reportedly interested in adding another CB via free agency or the draft.

In other Broncos news, Troy Renck of Denver7 reports that the team has shown no interest in retaining free agent DE Derek Wolfe, who is still in search of a new team.

It’s now official. The Broncos placed cornerback Bryce Callahan on IR, per a press release from the team. To take his place on the roster, the club will activate wide receiver Tim Patrick from IR. 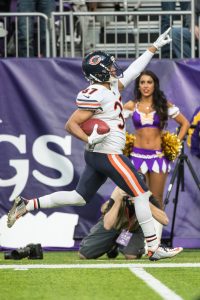 The Broncos gave Callahan a three-year, $21MM deal with $10MM guaranteed. The former Bears slot standout, unfortunately, has yet to play a down in Denver. This comes after last season’s letdown – he ended the 2018 campaign on Chicago’s IR with a broken foot. This year, he aggravated that injury in training camp.

Callahan was one of three high-profile Broncos free agent additions, joining Kareem Jackson and Ja’Wuan James. While Jackson has delivered in his first full season as a safety, James has missed most of this season. Two out of three ain’t bad, but one out of three is….pretty bad.

The Broncos are 3-6 with nearly no chance of seeing the playoffs this year. On the plus side – they managed to beat the Browns in their last time out and they’ll be ticketed for a high first-round draft pick, provided that they don’t mess things up by winning too much the rest of the way.

Bryce Callahan‘s foot injury has kept him off the field throughout this season, and the cornerback’s Broncos debut is now expected to be tabled until 2020. Vic Fangio said Callahan is likely to go on IR, per Troy Renck of Denver7 (on Twitter).

Fangio said Monday that Callahan was expected to make an attempt to practice this week. That occurred, but Callahan’s injured foot was sore afterward. While the free agent addition may be healthy enough to return at some point this season, upcoming activations of Drew Lock and wide receiver Tim Patrick will force the Broncos to remove two players from their active roster.

The Broncos gave Callahan a three-year, $21MM deal with $10MM guaranteed. The former Bears slot standout ended last season on IR with a fractured foot, and he aggravated that injury in training camp. Callahan was one of three high-profile Broncos free agent additions, joining Kareem Jackson and Ja’Wuan James. While Jackson has delivered in his first full season as a safety, James has missed most of this season.

Callahan is the top Broncos corner under contract next season, with four-time Pro Bowler Chris Harris set to test free agency. While Harris has not ruled out a return to Denver, and support exists in the building for another re-up, Callahan’s situation could make this a major offseason need.

Drew Lock To Practice This Week

Although Drew Lock has been eligible to return to practice for weeks, that has yet to occur. The process of bringing Lock into the starting lineup, however, will begin on Tuesday. 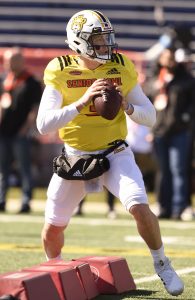 Lock is expected to practice Tuesday, Mike Klis of 9News tweets. This will begin the rookie’s return from IR. The Broncos are already planning to bring wide receiver Tim Patrick off IR. Lock coming back would fill both of Denver’s slots. However, Vic Fangio said it’s not certain Lock will play this season, per Nicki Jhabvala of The Athletic (on Twitter). Lock has been sidelined since August with a thumb injury.

Of course, with the Broncos 3-6 and having backup Brandon Allen as their starter now points to a Lock audition coming soon. The tentative plan was for the second-round pick to start the final two Broncos games. While Fangio said Allen’s play will determine Lock’s activation, it would stand to reason the Broncos would give Lock as much time as possible in order for the franchise to gauge its recent QB investment before next year’s draft.

Lock can return to game action at any point, as it’s been more than eight weeks since his initial IR placement. But if he returns to practice Tuesday, the Broncos will have three weeks to activate him. Additionally, Fangio said Bryce Callahan would try to practice Tuesday. The team has also yet to decide if Patrick will be activated this season, Twitter links via Klis and Jhabvala.

Denver going with a Lock-Patrick IR-return combo would mean Jake Butt and Theo Riddick will miss the season. Callahan remains on the active roster and can make his Broncos debut at any point.