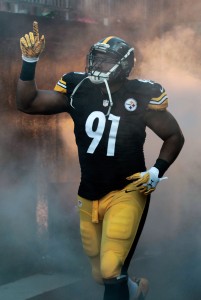 Maurkice Pouncey has retired, Matt Feiler just signed with the Chargers, and the Steelers might be looking to move on from Alejandro Villanueva, so Pittsburgh’s offensive line is going to look a lot different next year no matter what. 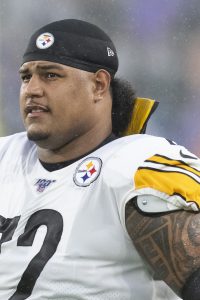 But not everybody is walking out the door, as the team has agreed to terms on a deal to retain tackle Zach Banner, Aditi Kinkhabwala of ESPN.com tweets. It’s a two-year, $9.5MM deal with a $3.25MM signing bonus, she reports. Not too shabby for a player with only two career starts under his belt.

A fourth-round pick of the Colts back in 2017, Banner was cut before ever playing in a game for Indy. He then had brief stints with the Browns and Panthers before landing with the Steelers. He only started one game in 2019, but played in 14 and played 22 percent of the offensive snaps.

Last offseason he won the job to be the Steelers’ new starting right tackle, but tore an ACL during their Week 1 win over the Giants. The team clearly believes in him, and it seems like they envision him winning the starting job again. Since his ACL tear came so early in the year, the USC product should be ready to go for the start of the 2021 season.

Steelers right tackle Zach Banner has been diagnosed with a torn ACL in his right knee, according to a source who spoke with NFL.com’s Tom Pelissero (on Twitter). Once confirmed by a second opinion, Banner will be placed on injured reserve and sidelined for the remainder of the season.

Banner, an absolutely mammoth human being at 6’9″, 360 pounds, was selected by the Colts in the fourth round of the 2017 draft. However, the USC product didn’t make it through final cutdowns in Indianapolis, and became the highest rookie draft choice to be waived that year. Banner later hooked on with the Steelers and went on to flatten the opposition as a reserve in 2019. This year, Banner re-upped on a one-year, $1.75MM deal and won the starting right tackle job. Before the injury, he seemed destined for a big pay day in 2021.

Chukwuma Okorafor – nearly as imposing at 6’6″ and 320 pounds – will likely replace Banner in the starting lineup. Beyond that, the Steelers may survey out-of-house options for depth. After downing the Giants on Monday night, they’ll take on the Broncos in Week 2. 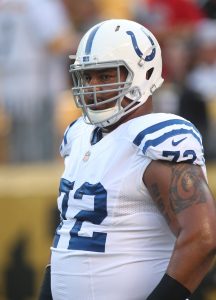