The Chargers waived 16 players today, reducing their roster to 53 players. The team made the following transactions

It’s a bit surprising that the organization is moving on from Johnson considering his solid season in 2020. The 2019 undrafted free agent finished his second professional season with 23 touches for 415 yards from scrimmage and three touchdowns. The 25-year-old also got some run on special teams, including six kick returns.

Badgley was another notable cut, which we explored in depth earlier today. 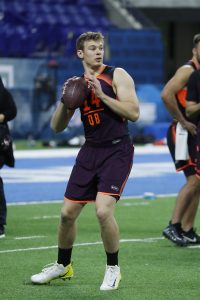