A handful of teams handed out free agent tenders today, and we’ve collected each of them below:

As a reminder, the deadline to place tenders on restricted free agent and exclusive rights free agent is March 17. 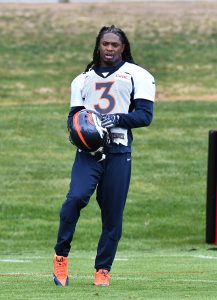 The Broncos have become the latest team to bring in post-draft players, as they’ve announced the signing of the following eight undrafted college free agents:

Holland and Lindsay were Denver’s big gets, according to Mike Klis of 9News (Twitter link), as each received a signing bonus of $15K. Holland, who won’t turn 21 years old until September, put up 12.5 tackles for loss and 9.5 sacks during his final season with the tigers. Lindsay, meanwhile, topped 1,000 yards rushing in each of the last two campaigns, and will get an opportunity as a returner, per Klis.